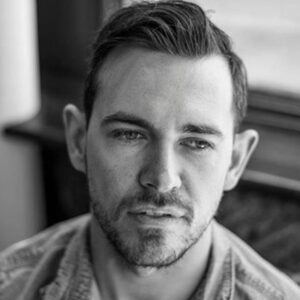 Born Jason Michael Mullen at 4pm on the 26th February 1982 at Sunderland Royal Hospital. Raised by mother Alison and father Danny. Jay grew up in a maisonette building, sharing a bedroom with his brother Daniel until the age of 7. With the arrival of his baby sister, Janine, they moved to their first house.

Not long after moving home, his parents divorced and his father moved out. Raised now with a single parent and his siblings, Jay began to dream of his future and went through school the same as everyone else.

When Jay turned 15 in his final year in secondary school, he joined Shiney Street Theatre School in Washington, England. Jay studied there for 1 year, gaining walk-on work in “Byker Grove” and starring as Danny Zuko in the musical “Grease”. Jay went on to further his skills at the City of Sunderland College, Shiney Row Centre, where he studied for 3 years gaining several qualifications including “Acting Honours” grade 8. In that time Jay auditioned for plays and performances, playing many parts ranging from panto to playing the lead in “Blood Brothers” as Edward Lyons and reprising his role as Danny Zuko in “Grease”.

During that time Jay also joined ACT, an acting training school based in County Durham. Jay won a free scholarship to attend this school, an award only given to one pupil every academic year. There Jay polished up his acting skills and applied to go to University. Jay’s drama lecturer had promised to get him a scholarship to attend The Royal Academy of Dramatic Arts (RADA) but, unfortunately, towards the end of the academic year, he could no longer even afford the bus fare into Durham and lost contact with his lecturer. Jay went on to attend the University of Sunderland, which meant Jay could stay at home and reduce the costs.

Whilst at University Jay performed in a lot of theatre but wanted to work for the screen and auditioned for several media projects and independent movies.

In 2003 Jay auditioned and won the part of Greg Laverne in a low-budget horror film called “Carrier Zero”. Whilst filming there was a lot of interest from radio stations, the BBC and a small cinema deal in parts of South America. After filming it was sadly announced that the budget ran dry during editing and the film was canned.
To make ends meet Jay worked part-time for GAME, the retail computer games store whilst continuing to pursue his acting career. In 2004 Jay’s best friend found himself homeless. Jay took him in and agreed to share an apartment so his friend could get back on his feet. Jay took a full-time job working for a rival games store called Grainger Games. His friend found his feet (and now makes a good living) but Jay got promoted to Assistant Manager and continued to work for Grainger Games until early 2006.

Jay was content in his job and happy with a regular wage but something wasn’t right. The only job Jay felt he could be really happy in was acting. So Jay auditioned along with a thousand others for a role in a national theatre tour of “The Wizard of Oz”. Jay beat the other contenders and won a starring role as the Scarecrow. The tour ended in the summer of 2006.

In 2007, Jay joined “The Theatre Restaurant” in Sunderland as a full-time cast member. Involved in numerous productions, with roles ranging from Oklahoma’s Will Parker through to a memorable performance as the legendary Al Jolson, Jay rounded off a fantastic year with a critically acclaimed starring role as George Bailey in “It’s A Wonderful Life”.

Jay left “The New Theatre Restaurant” in early May to avoid the safety of working in a single venue and to follow more exciting paths. Mentioning following paths, Jay can be seen following the yellow brick road at the Sunderland Empire in July where he reprised his role as the Scarecrow.

2010 had seen Jay star in the unreleased movie ‘Burnings of the Heart’, as well as Jay, starting his own Theatre Company “Theatre People”, which had a successful season playing at the Customs House.

Jay consistently worked in theatre and performing in short films and commercials until 2018 when Jay landed a lead in the movie ‘Transition’, which went on to earn him a nomination in the Madrid International Film Festival for best lead actor, seeing him up against a posthumous nomination for Peter O’Toole.

The future holds a lot of promise for Jay and he has big plans for the next few years. Keep visiting and supporting Jay to find out more!